Statement of Sergeant Terrance Simpson, regarding an outbreak of violence in the crofting community of Lanncraig, Ross-shire.

Sergeant Terrance Simpson is heading to investigate a break-in with his partner, Constable Carla Ross, when they spot someone out on the nearby croft. They stop to investigate and see Callum McKenzie, a local pub owner. He is impaled on a pitchfork, the tines protruding from his back. They run toward him but stop dead in their tracks when he turns to face them.

Callum McKenzie is covered in blood, far more than than his wounds would suggest, and he is smiling. As he sees Terrance and Carla, he takes off in a sprint towards them, ignoring their calls to stop. They see his hands are covered in bits of broken glass and Terrance knows that he intends to kill them.

Terrance manages to grab the handle of the pitchfork still sticking out of Callum’s stomach, which keeps him at bay as he tries to tear into Terrance with his glass-covered hands. Determined to kill him, Callum pushes against the pitchfork, driving it further into his body. Something within him tears and he collapses as he gushes blood. Even as he lies dying, he tries to claw at them, and his eyes are clear and focused. Terrance and Carla try to radio for help but hear only static and the faint sound of bagpipes in response. Terrence hears sheep bleating in the distance.

They spot a one-storey cottage in the distance. The windows are broken and there are smears of blood by the door. Inside, an old woman is sitting in a rocking chair; she is pinned to the chair by a kitchen knife through the neck.

In front of her lies two corpses entwined in a violent embrace. They have torn into each other and are missing all their fingers.Their throats are cut and across their faces are smiles halfway between ecstasy and all-consuming anger. In the kitchen is a fourth corpse with her head is shoved into the oven and burned beyond recognition. The glass embedded in her back marks Callum McKenzie as her murderer.

They follow a trail of blood and gore to the cottage of Angus Stewart where all sixteen other residents of Lanncraig have torn each other to pieces. The day before, a young woman from Inverness had parked her small, mobile lending library outside. Now she lies at the centre of the carnage. In her hands is an old and worn paperback, torn in two along the spine. It is soaked in blood and the cover is unreadable and inside, every single page is blank. Backup eventually arrives and, officially, the incident is covered up as a ‘drunken brawl that got out of hand.’

Terrance moves back to Macclesfield soon after, even at the cost of his marriage. He is still disturbed by the sounds of bagpipes and sheep.

Jonathan talks about how The Slaughter fascinates him because he wonders how in-control the victims are. He feels focused and ready, but he finds himself alone. He believes Martin is avoiding him.

John says Basira was right about the Institute being watched. He has noticed two different people wearing symbols for The People's Church of the Divine Host, and it is rare he goes anywhere without cobwebs anymore. However, he is more concerned with internal threats, such as Peter Lukas.

As John mentions that he is worried about Melanie and "that bullet pumping violence into her, waiting to turn this place into another Lanncraig," a strong static plays over his words. John pauses and wonders if he has read that somewhere. He muses about the bullet above her tibia that she described in MAG 117, which he knows is lodged inside and infecting her. He says he needs to go find Basira.

Later, John and Basira are talking while Melanie is snoring. Basira says, "the stuff she takes is pretty strong these days," and defends Melanie's use of sleeping pills, saying "sleep is hard," and that she has a camp bed on the other side of the tunnels because she wants to keep an eye on them but give them some space. It is just not safe for them to live outside the Institute anymore. Basira gives John some local anaesthetic and asks if he knows the right nerve to hit. There is a crackle of static, and John confidently says, "here."

After thirty minutes, once the anaesthetic has started working, the tape recorder turns itself back on. John cuts the leg of Melanie's trousers, and there is static as he points out the bullet and something rotten under the skin, which Basira cannot see. John removes the bullet, which clinks audibly, and at that exact moment, Melanie startles awake. She shrieks at John to get away from her and starts attacking, stabbing him in the shoulder with a scalpel. She screams that she cannot feel her leg and John tries to tell her it is the anaesthetic, but Basira pulls him away and they are going to leave Melanie alone. The tape recorder shuts off abruptly. 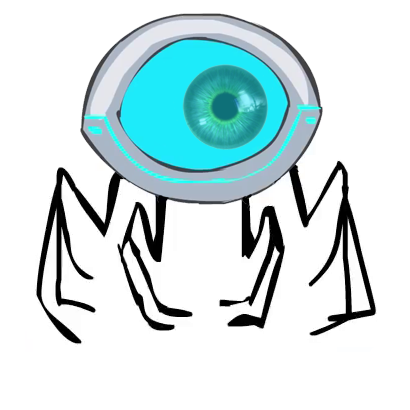 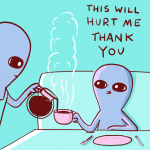 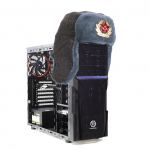